Here at The Hungry Handgunner, I often like to focus on the new, exciting, and popular. Well, today, we are going to walk back to a time of short jean shorts, bleached blonde poofy hair, when “Like a Virgin” by Madonna was #2 on the charts. That’s right, we are going back to 1985.

The U.S. Military was on a mission, and it wasn’t to address some of the fashion atrocities that were occurring during this time. The head honchos at the Department of Defense wanted to bring all the branches and units of the military into commonality with the sidearms they were carrying. Most military personnel were carrying the 1911 .45 ACP, but others, particularly the Air Force and flight crew personnel, were carrying .38 Special revolvers. The DOD also decided to review their options, as replacing the 1911’s was getting to be expensive , as well as establishing a common NATO round in case there was war with the Soviet Union in Europe. This process actually started back in 1979, and the 9×19 Parabellum was selected for its compliance with the NATO Standardization Agreement.

In 1980, the Beretta 92-1 beat out entries from Steyr, Walther, Sig Sauer, Colt, Smith and Wesson, and other entrants. The decision was contested, however, and more tests were performed in 1984, though they did not change the decision, simply coming up with more features for Beretta to add, which in turn, brought about the M9 variant. It is worth noting some of the things the Beretta entry did, and did very well, to win this contract. The test gun was exposed to harsh temperatures, ranging from -40 – 140 degrees Fahrenheit, submerged and withdrawn from salt water, buried in mud, sand, and snow, and slammed into concrete repeatedly. The gun was but through a test to determine the average number of rounds before failure. The Beretta proved it could go, on average, 35,000 rounds before failure, which is several times the pistol’s expected service life. 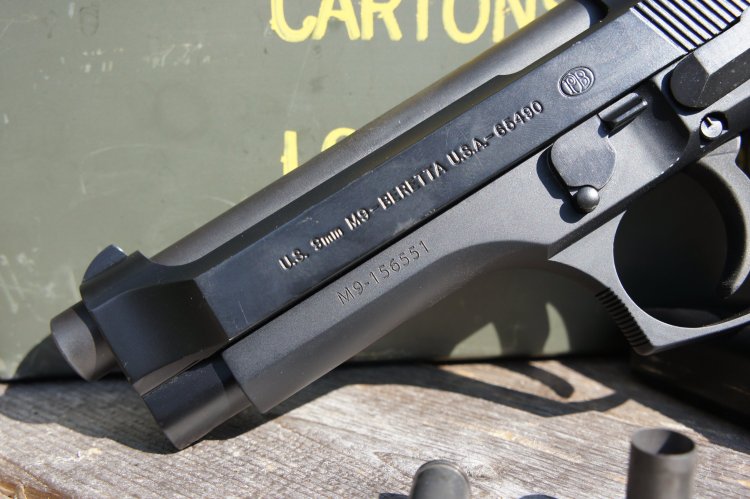 So, on paper the gun performed well, offered double the capacity of the previous sidearm, and had a much longer expected service life. But it was not without controversy. Many were upset and dubious that the 9mm would offer enough power to stop a threat, especially as the use of expanding projectiles is prohibited under the Hague Convention of 1899. There was also an incident where a Naval Special Warfare member was injured when the slide on a Beretta 92B came off of the frame and struck him in the face. It was discovered that the failure was caused by ammunition that was loaded beyond the pressures specified by NATO, but Beretta modified the guns to prevent this from occurring. Many in the military were and are not pleased with the gun, for one reason or another. Personally, I had no real issues with my issued sidearm, other than it being pretty worn out.

The individual gun I have for review, however, is immaculate. The M9 handles very well, and despite it being somewhat dated when compared with other double stack 9mm handguns, it is still a relevant and quality option for personal use, which we will discuss in detail further on. Let’s look at some specs on this sidearm:

The Beretta M9 has a very utilitarian feel to it when you pick it up. It feels as though it is made to be a workhorse and reliable companion, and that is certainly how I feel about it. The ergonomics of metal framed handguns in general, are very hard to beat, and the M9 is no exception. the gentle curve of the palm swell on the grip and the short beaver-tail below the hammer lend themselves to getting a snug grip and indexing your hand on the pistol quickly. The plastic grip panels afford some purchase with the checkering but not enough to be abrasive. There are vertical lines on both the backstrap and front of the grip, and these help with a secure grip more than one would think. 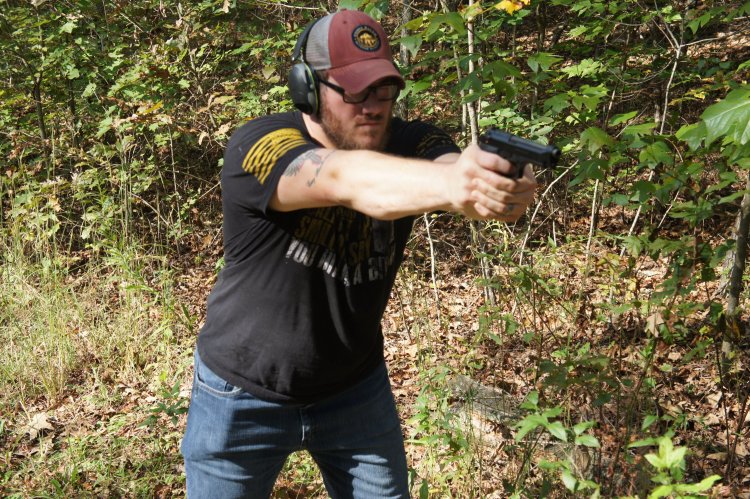 Shooting the M9 is actually pretty fun, now that I am removed from the qualification courses of fire of the military and just leisurely punching holes in paper 90% of the time. While certainly not a “capacity king” by today’s standards, having 15+1 rounds of 9mm on tap is nice. There is some muzzle flip with the M9, that I will chalk up to the higher bore axis, but not enough to prevent quick follow up shots. The sights are fixed and made of steel, with a white “post” underneath the notch of the rear sight, and a white dot on the front. Putting the dot on the post seems to be very easy and relatively fast to do, and for a fixed sight handgun in this price range, the accuracy was acceptable, if not even good, when I did my part.

So, does the M9 have a place in the world of civilian ownership for purposes other than sentimental for those of us who carried it for duty, or range fun? My contention is that it does. It is a time and battle proven design that carries with it a decent magazine capacity, a plethora of after market accessories and holsters, as well as shooting a common caliber that is easy to find. It is too large for me to consider as a concealed carry gun, except maybe in the months requiring a jacket. However, I would not hesitate to use it as a home defense handgun.

Nick is an avid shooter and 2nd Amendment content creator with 20 years shooting experience. You can usually find him testing guns and equipment at his range on his property, or creating video content to help others enjoy the shooting sports as much as he has over the years. View more posts